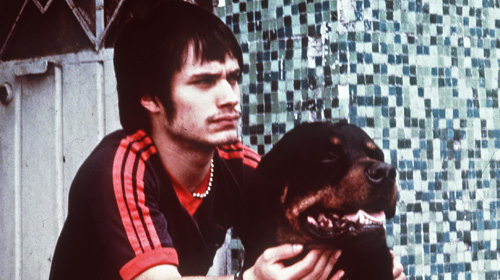 Shira Segal is the Director of Film Studies and Lecturer at the University at Albany. She received her Ph.D. in Film and Media Studies from Indiana University’s Dept. of Communication and Culture, and her M.A. in Cultural Memory from the University of London. Her research includes the avant-garde childbirth film, representations of the self and gender in first person cinema, and landscape in cinema. She teaches courses on international cinema, gender and sexuality in film, animation and experimental cinema, and auteur studies.

José E. Cruz is an Associate Professor of Political Science and Latino Studies at the University at Albany, SUNY. He is the author of Identity and Power: Puerto Rican Politics and the Challenge of Ethnicity (Temple University Press, 1998) and Puerto Rican Identity, Political Development, and Democracy in New York, 1960-1990 (Lexington Books/Rowman & Littlefield, 2017). He is also co-editor of ‘Adiós Borinquen Querida:’ The Puerto Rican Diaspora, Its History and Contributions (CELAC, 2000), and editor of Latino Immigration Policy: Context, Issues, Alternatives (NYLARNet, 2008).

Maria Keyes, a native of Rome, Italy, is a lecturer in the department of Languages, Literatures and Cultures at the University at Albany. She is also the Italian liaison for the University in the High School program. She has been teaching courses on Italian civilization, Italian Cinema and Italian/American history for the past 26 years. She is currently working on a book on regional Italian cuisine and culture.

James Osborne teaches writing and film at the College of Saint Rose in Albany. He received his BA in English and Dramatic Arts from the University of Connecticut and his MA in English from Brooklyn College. At present, he is completing his PhD in English at the University of Arizona; his dissertation is entitled “Looking at Frankenstein: Ten Visions of Mary Shelley’s Novel, 1990 to 2015.” He lives in Albany with his wife Denise, a professor of Portuguese at UAlbany, and their cat, Oscar.

Lina Rincón is an Assistant Professor of Sociology at Framingham State University. Her teaching and research interests lie at the intersection of immigration, race, racial inequality and globalization studies. Her most recent research examines the legal challenges and racial marginalization that Latin American and Caribbean migrant professionals encounter in American workplaces. Her work is featured in Latino(a) Research Review (2009), Latino Studies (2017), the Humboldt Journal of Social Relations (2017) and in the edited book Migration of Professionals in the City published by Routledge (2014).

Diana Aldrete is a Visiting Assistant Professor in the Hispanic Studies program at Trinity College, in Hartford, CT. She earned her doctorate from the University at Albany (SUNY), and is currently working on her first manuscript that expands on her dissertation regarding the feminicides in Mexico and their literary representation. Her areas or research include contemporary Mexican literature and culture, Latin American narratives with a focus on human rights, representations of violence, and hybrid texts that incorporate visual arts.

This document is currently not available here.