An interdisciplinary panel will discuss the overarching impacts of COVID from the perspectives of Public Health, Social Welfare and Emergency Management. 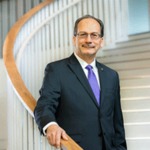 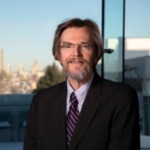 David Holtgrave, PhD, is the Dean of the University at Albany School of Public Health, SUNY Empire Innovation Professor, and SUNY Distinguished Professor. His three-decade career in public health has included senior positions at the Centers for Disease Control and Prevention, Emory University and Johns Hopkins University, and he served on the Presidential Advisory Council on HIV/AIDS during President Obama's administration. Much of his work over the past 30 years has focused on addressing HIV in the United States, with a special focus on building health equity in communities most heavily impacted by HIV and other infectious diseases. Over the past year, he has brought the lessons learned from HIV-related work to helping to confront COVID-19, in particular identifying health inequities that must be urgently addressed in the pandemic. 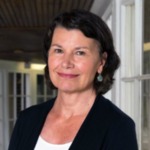 Lynn A. Warner is Professor and Dean in the School of Social Welfare at the University at Albany, SUNY. Her research focuses on policy and system-level interventions that could mitigate disparities in behavioral health services delivery, especially disparities experienced by groups on the basis of sex, immigration status, and race and/or ethnicity. Dr. Warner’s research is inter-disciplinary and she has published widely in the areas of social work, psychiatry, the addictions, and mental health and addiction services. Her research projects have been supported by national foundations such as the American Foundation for Suicide Prevention and the Robert Wood Johnson Foundation, and by DHHS’s Health Resources and Services Administration. Dr. Warner holds a Master of Public Policy degree from the John F. Kennedy School of Government at Harvard University, and an MSW and dual PhD degrees in sociology and social work from the University of Michigan. 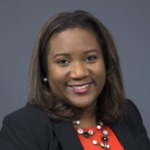 Dr. Bennett Gayle is an Associate Professor in the College of Emergency Preparedness, Homeland Security, and Cybersecurity at the University at Albany, State University of New York. Her research interests include emergency management, socially vulnerable populations during disasters, emergency communications, disaster policy, and mobile wireless communications. She has secured research funding from the National Science Foundation and the Department of Homeland Security and others. Her work is published in various journals related to emergency management, disaster science, disability, wireless technology, and future studies. She is also a co-author on Federal Communications Commission (FCC) regulatory filings, many of which were cited in rulemakings. Dr. Bennett Gayle received her Ph.D. from Oklahoma State University in Fire and Emergency Management. In addition to her expertise in emergency management, she has a unique academic background, receiving both her M.S. in Public Policy and B.S. in Electrical Engineering from the Georgia Institute of Technology.

The recording of this roundtable ends at 50:44

This document is currently not available here.

An interdisciplinary panel will discuss the overarching impacts of COVID from the perspectives of Public Health, Social Welfare and Emergency Management.